How to update your Git credentials on Windows

Six years ago I wanted to make an automatic online backup with history of all script files on the shared work computer. The caveats were:

And the benefits of the situation were, that the machine was running Linux (CentOS) and that the files were all text based scripts, so small file sizes. I made a separate backup system for measurements, but that is a story for another time.

When it comes to “backup” of versions of software, most programmers would jump to Git, as did I for this problem. After my initial attempts of trying to teach everyone Git were unsuccessful, I had to come up with another idea. So the TLDR is that I made a cron script which calls git add . , then git commit and finally git push every 5 minutes.

The longer story has some interesting details. I did not want to touch the original files for “just in case” reasons. So I first made a separate folder to which the script copies all files every 5 minutes and then runs git commands. So, you may be thinking: “This will make a lot of unnecessary commits, as most of the time, there are no changes!” Aha! Git to the rescue. Git automatically doesn’t commit if there is nothing to commit.

What I am most proud of is that it is still working after 6 years and 30 thousand commits. There have been only 3 instances, where I had to manually intervene. They were:

P.S. I waited to publish this for a couple of weeks, to post it exactly on the 6th anniversary of the beginning of the service. 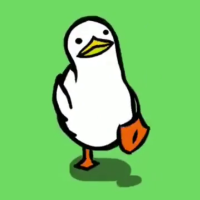